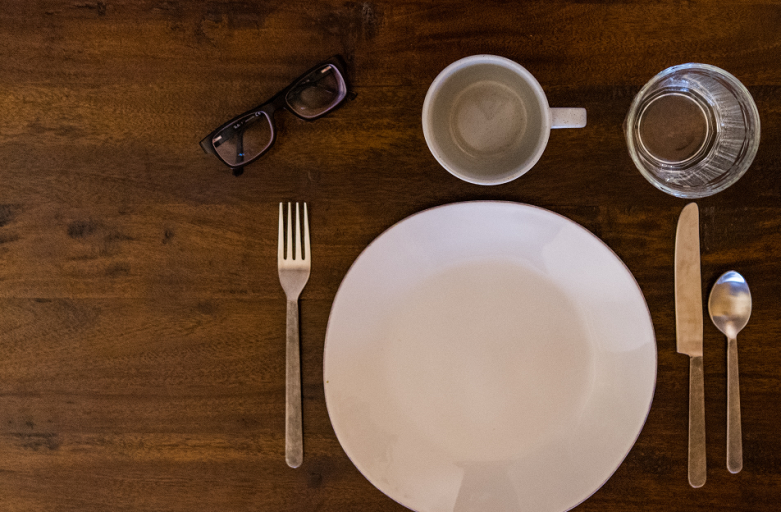 In a previous post I mentioned that I was interested in attempting a 72 hour water only autophagy fast. A few months back I completed a 24 hour fast without any issue and wanted to push it to three days. Ultimately, my goal is a 72 hour fast once a month. The plan would be to start each fast on or around the first of each month. I decided to make July 1st my first attempt. My last meal was dinner on June 30th. Did I succeed with 72 hours? No. I stopped at 45 hours. Here’s how it all went down.

Preparation: in advance to the fast my only specific goal was to reduce caffeine reduction so that I wouldn’t have to deal with headaches on top of the stomach woes. I cut my caffeine two days prior by half, and then half again. I think this worked pretty well though next time around I’ll extend the caffeine draw down by an extra two days.

I opted to take the three days off from work. I didn’t want to be driving in a weakened state and since this was my first attempt I thought it prudent to be as cautious as possible. In retrospect, this was probably a bad idea. I think in the future I’ll schedule it so that I always start my fast on a Thursday. That way I have the distraction of work to keep me from getting as hungry for the first and second day. At least, I think that’s how I will approach my next attempt. There was a constant behavioral draw to go get a snack. “Oh! I’m home and it’s afternoon, snack time!” that sort of thing. If I can avoid that through situational control that would be preferred.

My last meal on June 30th was simple and basic: seasoned chicken breast, couscous, roasted veggies and some plain yogurt with berries for dessert. I didn’t eat huge quantities, just simple and standard.

Day 1:
Day 1 was straightforward and not particularly challenging. I was hungry at times but not in great discomfort. With my fasting commitment established I had no issue avoiding the urge to eat. Anytime I got hungry I drank some water and felt fine. I had a LITTLE caffeine headache, but it definitely wasn’t as bad as it would have been if I’d cut coffee completely at the same time as cutting food.

Sleep: Sleep, however, was rough. My stomach felt like a deflated balloon. I wasn’t feeling hunger, just discomfort. The discomfort was mild, certainly less than a stomach ache. I would describe it as a sustained feeling of ugh. I woke up around 11:30 feeling very hot and couldn’t get back to sleep until 2:00ish.

Day 2:
Hard, but not impossible. Again, I was not hungry, though the discomfort remained and over the course of the day it was joined by weakness and sluggishness. I started the day as I always do: with meditation and exercise. You’re not suppose to stop exercising through a fast, but whoa nelly: My exercising was terrible. Actually, so too was the meditation. I was extremely distracted, felt overly hot, and couldn’t concentrate.

The second morning I felt weak and was worried about dizziness though it never really came about. We went on a small hike and I felt okay through that. By noontime I was thinking it wouldn’t be too tough to make it through the night into day 3.

But… then I got a sore throat. Suddenly drinking water tasted like drinking daggers. It was bizarre. It felt like strep and my mind immediately went to strep or covid.

A lot of things change when your body is in ketosis. One of these changes is that your immune system reduces in effectiveness during the fast. Your body consumes some of its white blood cells for energy, so you have fewer fighting in your corner in case you’re sick. Curiously, AFTER a longer fast, research tends to suggest that your immune system gets a reboot. But given that I knew I’d be entering into the lowest immune period of the fast, I got spooked with the sore throat and opted to stop.

Stopping: You’re not suppose to come off a fast with a buffet. You take it slow with small meals spread out over time. At 5:00pm on Wednesday I started with a 1/2 Cup of bone broth. An hour later I had half a hardboiled egg. An hour after that, a 1/3 of a chicken breast and a 1/3 of a cup of couscous, and then after that the remaining half of the hardboiled egg and a few almonds. This was a perfect eating restart schedule and I’ll repeat it.

Sleep: My sleep was again poor. But I’m not surprised, the sum of the fast breaking “meals” was only 450 calories, so my stomach still wasn’t back to normal. I woke up at 3:00, unable to get back to sleep.

Recovery day: The following day I continued spreading out meals. Breakfast took place over four hours and consisted of a cup of coffee, 6 almonds, two hardboiled eggs, 1 serving of plain oatmeal, and a 1/2 cup of cooked spinach. At 10, I had some BadaBeanBadaBooms (delicious nutricious) and an hour later a banana and two servings of peanuts.

When you spread that list of food out over the course of 4 hours it doesn’t sound like a lot, but the banana&peanuts crushed my stomach. Next time I’ll split that last snack in two and extend it out over additional hours. For lunch I had more small portions and was back to full meal volume that night. NOTE: My nutritionist recommended keeping meals trim and frequent for TWO days, not one. Next time I’ll try to be more careful. I think I was a little reckless with my dinner on July 3rd. (it was bbq burgers and they were soooo delicious)

Interesting. Educational. Hard, but not impossible. The bizarre sore throat went away within 24 hours of restarting food. I wonder if it might have been some sort of heightened reaction to seasonal allergies due to lack of food? I don’t know. I’m curious to see if I get the same horrific sore throat next time. If so, I’ll likely cut the fast short again – I acknowledge being cautious as I start down this path is prudent.

Also, maybe it seems semantic, but moving forward I’ll refer to these attempts for what they are: 70 hour fasts. I ended my food at 7:00pm on June 30th with the intent of starting back up at 5:00pm on July 3rd. I plan to keep that same goal moving forward.