Introduction to the Board/Piece Value 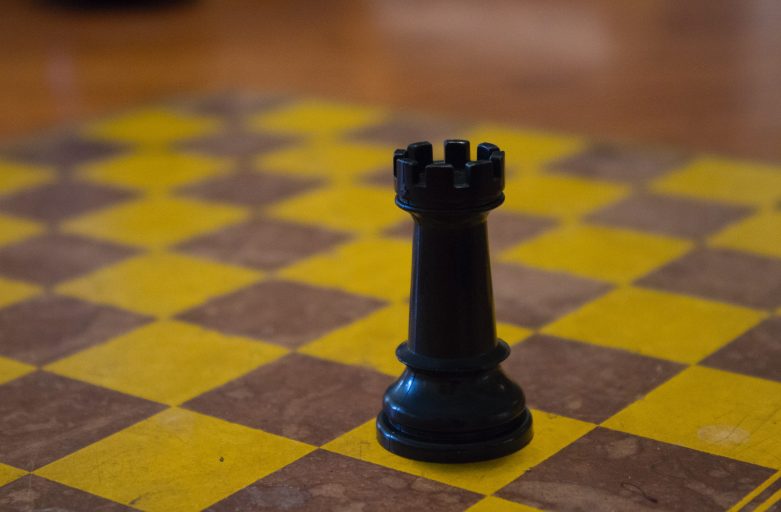 This may seem massively elementary, but taking some time to better understand the chess board has merit.

The chess board is a simple 8×8 board with two alternating color complexes: light and dark.

The files are identified with letters a-h and the ranks are numbered 1-8. In notation, files and ranks are absolute though, curiously, ranks are occasionally referred to in a relative sense when talking about generic strategy.

Examples:
The ‘a’ File is the leftmost column when you’re white and the rightmost column when you’re black
The 1st rank is the row that the white king starts on. The 8th rank is the row the black king starts on.
Occasionally when talking strategy, users will say something like “Get your rooks to the 7th rank!”. In this case, the rank is considered relative.

Chess moves are recorded with a standard nomenclature using these identifiers:

If two pieces can move to the same location the notation prefaces the destination with the departure file like this: Nbd2 this would mean the knight on the b file is moving to d2.

Sometimes if the file of the pieces is the same they will use rank. And in rare cases where the board is whacko (extra promoted pieces everyhwere) they will use both.

In this manner a chess game can be written out like this:

To derive the greatest understanding from board exploration, it helps to understand the value of the individual pieces. Let’s take a look:

What does “value” mean? Value helps you understand typically how helpful a piece is on the board. Simply speaking if you had an option to exchange a rook for a bishop and a knight you could do some quick math: 3+3 > 5. So yeah, that’s a good deal go for it. But… it doesn’t always work perfectly because piece position matters. Think about it, if you have a pawn about to promote to queen it’s definitely worth more than 1 point. We’ll save in depth positional analysis for the future, but now we can head back to the board itself to see how position affects value in a broad sense.

Sometimes people describe the board as a pyramid where the strongest squares are in the middle with power waning as you move to the edges. This is true for the most part. Think about it geometrically. A bishop in one of the center four squares can move to 13 other squares. A bishop on the edge can only move to 7 squares. The same is even more true for a knight. A knight in the center covers 8 squares. A knight in the corner? Only 2. The power of a piece has a lot to do with its position and the resulting influence it carries over the rest of the board.

This is where we come up with the general rule of thumb: fight for the center. If you can navigate more of your pieces into the center they will be more effective and have more offensive/defensive capabilities.
Fun fact – another rule of thumb that relates to this: A knight on the rim is dim

Understanding the board and the value of the pieces helps us understand how to move our pieces. It is my understanding that this is how chess computers calculate the best move. They evaluate positions, rate them on a scale, and then calculate which moves improve the evaluation. Most simple chess engines rate a position down to the centipawn – that is, 1/100th of a pawn i.e. Position A is 36 centipawns better than Position B. CRAZY!

There are a few other unique facets of the bishop and knight beyond what we’ve already discussed. Let’s take a look

We’ve spent a lot of time on the knight and bishop. What are the positional advantages of the other pieces? Here are a few more generalities:

Where does all this lead us? The combination of the board, piece motion, and piece value provides a nice foundation for strategy. It provides a simple introduction on what’s a good piece vs a bad piece and how to tell the difference. Hopefully you’ve found it interesting. If you have any articles or books you’d recommend related to this topic, I welcome you to comment. Enjoy your games!