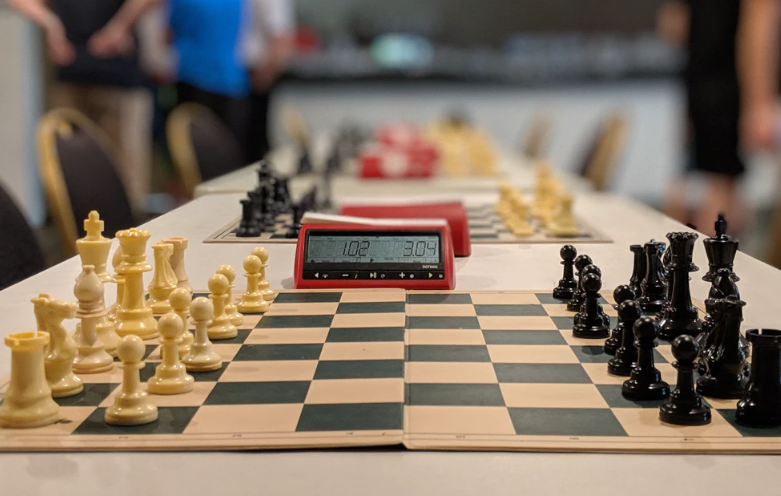 The stereotypical chess game is a crazy long drawn out affair where intense people sit across from each other and stare at a board for hours on end, occasionally reaching forward to move a pawn. Most people find this intimidating and… well… boring.

Time restrictions can make chess extremely exciting. The purpose of this post is to explain common types of chess games as they relate to time.

Rapid chess
Games that last somewhere between 10 and 60min

Blitz chess
Games that last between 5 and 10min

You may have seen a chess clock before. It has two clock faces and two buttons. The way it works is simple: when player 1 makes his move he hits the button. This action stops his time from ticking down and starts his opponent’s clock. When his opponent finishes her move and hits her button, player 1’s clock starts to tick down again. The two clocks never run simultaneously.

With time controls like this there are two ways to lose: by checkmate, or if your clock runs out of time.
So HURRY UP.

This structure is often referred to as Sudden Death (SD).

Consider a one minute bullet SD chess game: each player has a total of one minute for all their collective moves. That means the longest the game could possibly last is two minutes. The result? ADRENALIN. Oh, and also horrific chess practices.

Skilled chess artisans seem to advise that learners not get too excited by Bullet or Blitz chess*. When the clocks are flirting with zero, sometimes you can win a game by playing any move faster than your opponent even if it’s a terrible terrible move. This reward system results in messy chaotic chess behaviors where speed can be prioritized over skill.

That said, it is REALLY fun. It’s exciting and thrilling and will get you pumped to play play play. So for all the nay-sayers, there is an emotional value to fast chess and it most certainly helps generate interest in the sport.

With the invention of the digital chess clock, people started refining time restrictions to prevent games from entering sloppy conclusions. Famous American Grand Master Bobby Fischer proposed one of the most commonly used methods: start the clock with a set time, then add additional time after each move.

This incremental style of chess is notated like this:

This means each player has 15 MINUTES on their clock at the beginning of the game but after each move, 10 SECONDS are added to their time. Thus even if your clock falls precipitously in the first part of a game, you can be sure you’ll always have a minimum of 10 seconds to make a decision. This is called Increment Timing or Fischer Timing.

One bizarre side effect of this design is that by moving quickly a player could ADD time to their clock. In a 15 minute game if a player makes the first 6 moves nearly instantly (executing, say, a prescribed well-documented opening) then they’d have 16 minutes left on their clock. This could yield them an advantage later in the game. Alternate timing methods avoid this pitfall:

Bronstein delay: You still get extra time added to the clock after each move, but it will never add more time than you had at the start of your turn. So if you’ve got 25 seconds left, and you only take 1 second to make a move, the Bronstein clock will only add 1 second back onto your clock bringing it back to 25 seconds.

Now let’s circle back to the long form chess referred to as Classical Chess. Games of this variety often combine different timing structures over the course of a game. Here is, for example, the FIDE regulations for the World Championship of Chess:

This type of time control is common for tournaments and has its roots as one of the first methods of controlling time in chess. By offering banks of time for each set of moves, games could be kept on pace. Early chess masters agreed that letting someone take hours upon hours for a single move wasn’t making the game any more fun for players or for spectators. On top of that, tournaments would drag on FOREVER. Even the World Championship of Chess time controls are lengthy compared to a normal mortal human tournament. Most of those operate within the 30 minute time frame so that a tournament can be completed in a single night.

Lastly, it’s worth noting how much time control has changed and that it will likely continue to change. With the use of computers to aid performance, Classical Chess between the chess super-grand masters seem to be headed towards a pattern of draws, draws, and more draws. The 2018 World Chess Championship had 12 consecutive draws between Magnus Carlson and Fabiano Caruna. Carlson famously opted for an early draw in game 12 to intentionally enter into the rapid tiebreaker portion of the contest where he won handily. It will be fascinating to witness how the chess world adapts as we head down this path.

*From what I’ve learned, most chess powerhouses recommend the 15|10 game format as the shortest game to play if you’re trying to improve your chess critical thinking.

In that 2018 World Champion Chess Tournament if the draws kept going past the Classical Chess and through Rapid chess, the competitors would then play blitz. If the blitz games were still a draw then they would play a very unique time variant:

Armageddon. In Armageddon white has 5 minutes on the clock but black only has 4 minutes. Both players may get an increment (like 3 seconds per move after the 61st as was the case in 2018). But if the game falls to a draw, black is declared the winner because they had less time at the start.
How clever! 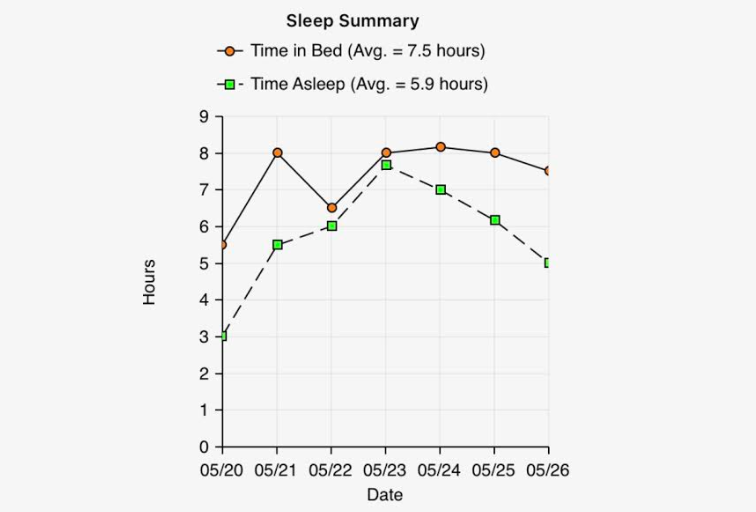 Two weeks ago I had my initial sleep consult, with a follow up happening the following Monday. My hope was to be recommended for Cognitive Behavioral Therapy for Insomnia (CBT-I) and I’m pleased to report that this turned out to be the prescribed path.

CBT-I is sleep training for adults. If you have enjoyed life as a new parent, you likely spent money on books explaining how to train your kid to sleep better by employing tricks like: maintain a strict sleeping schedule for the baby, don’t feed immediately before setting to bed, wake them up with lights and excitement to encourage them into the day, etc. There are so many books because the tricks tend to help. It’s pretty logical that the same would work for adults. Aside: I find it amusing that we are generally poor at enforcing good sleep practices for ourselves.

My first meeting with the sleep clinic went as expected. The doctor asked basic questions like:

The general purpose of these questions was to get a basic understanding of my lifestyle and to see if there might be a medical reason I was having problems. After 15 minutes of questions, the doctor pointed me towards a Psychologist for CBT-I. Woo!

My second visit was a more lengthy one. I met with the doctor and went into a far more detailed series of questions that related to my day to day sleep schedule and how I dealt with sleep related issues. Questions like:

It was an exciting line of questions. They said I was doing a lot of things right, but the biggest area that I could improve on was my wake up time.

I used to set two alarms: one for 5 am and another for 6:20. If it was a good night sleep, I’d get up early and exercise etc. But, if I was awake suffering from insomnia from, say, 1am til 4am, I’d turn off that early alarm and skip the exercise that day. Same thing with weekends: no need to get up at 5, if I don’t have work.

“Stick to a standard wake up time,” they implored. They made the point like this: imagine sleep is a pendulum. One night might be bad, but then the next night swings into the good and then it goes bad and back and forth and back and forth. If you can’t make a bad night better, the best way to stabilize the pendulum might be (sadly) to kill the upswing. Suffer in the short term to improve in the long term.

So that’s what I’ve done. I have been a rock with getting up at 5:00am even if I’m up during the night. I’ve also removed all electronics from my middle of the night waking episodes. CBT-I has a 70-80% success rate and tends to work within a six week time frame. I’m just about two weeks into the practice, so hopefully we shall see results soon.

The doctor also advised I keep track of my sleep with an app: CBT-i coach. It’s free, so if you’re curious about your own sleep – give it a shot.

I’ve got another appointment next Monday. I think the goal of this next session will be to review the data I’ve collected and then prescribe a more detailed sleep program for me. Exciting! 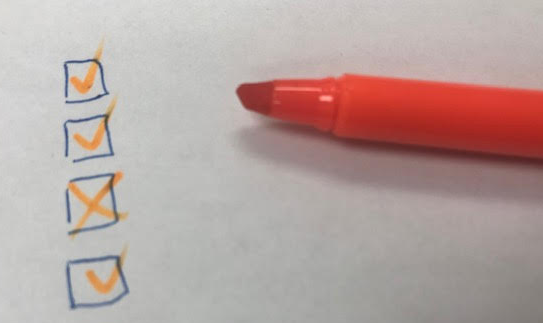 Here’s a fun game! Grab a piece of paper and answer these 20 questions as a range with 95% confidence interval.

The questions are crazy out there and will require guessing on most. BUT, again, you’ve gotta guess so that you’re 95% confident that the answer is within your defined range. That means when you’re done you should have exactly 19 of 20 correct.

How many states are there in the United States?

You’d have to put a range as your answer. so let’s say you said…

This means you’re 95% confident there are no fewer than 12 states, and no more than 60.

When it comes time to score, and you see the answer 50… good job! you got that question right! Don’t worry: the answers will be much more ridiculously difficult.

Once you take the test, post your actual % correct confidence interval in the comments. 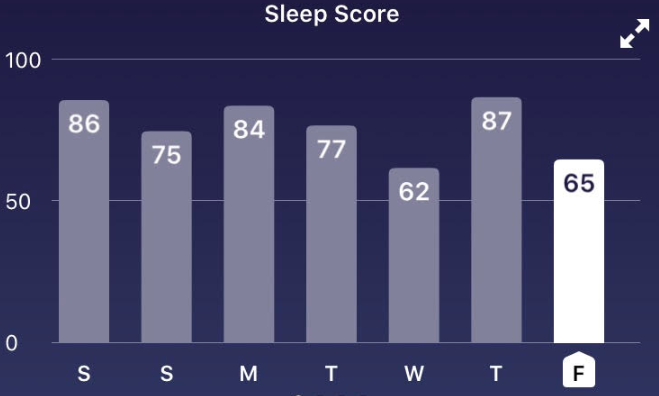 I suffer from sleep maintenance insomnia. Or so I am lead to believe by my research into sleep habits. After many years of not realizing I had an issue, I came across a great interview in one of my favorite podcasts, The Drive with Peter Attia, with Matthew Walker sleep guru and writer of the book “Why We Sleep”.

He described in a very straight-forward means that sleep is way more important for our health and well-being than is communicated and the 6 hours or so that’s standard in the American lifestyle is far from sufficient.

How to fix it? Not likely medication but behavioral modifications. I started down this path, but I haven’t been successful enough.

But still it’s been a little rough. However we can’t fix what we can’t measure. So for the past year I’ve been tracking my sleep with a fitbit. Here’s the data so far for 2020:

Our Y axis is hours of sleep. The X axis are dates. The blue line is the amount of sleep I got each night in hours. The orange is the total time I was in bed. So, if we look at that very first data point, I had just over 8 hours in bed, and I slept for about 6.5 of those hours.

Last week I made a major step forward in my quest for sleep – I contacted a sleep doctor. I have my first appointment on Wednesday.

I’m pretty excited. Right now my data shows an average of 6.2 hours of sleep for me per night with an abysmal standard deviation of 2.2 hours. I’m hoping I can adopt new habits that will bring me above 7 hours of sleep per night average. We’ll see how it goes!